If you make a road trip from Austin to Houston, there's a good chance you'll see a sign like this:

This billboard is one of many advertisments for a chain of convenience stores called Buc-ee's.

If you haven't stopped at a Buc-ee's then you haven't lived. Referring to it as simply a truck stop or a gas station is roadside heresy.

Walking into one of these places is the equivalent of stepping into Disney's magic kingdom for the first time.

The inside is plastered with goofy beaver memorabilia. 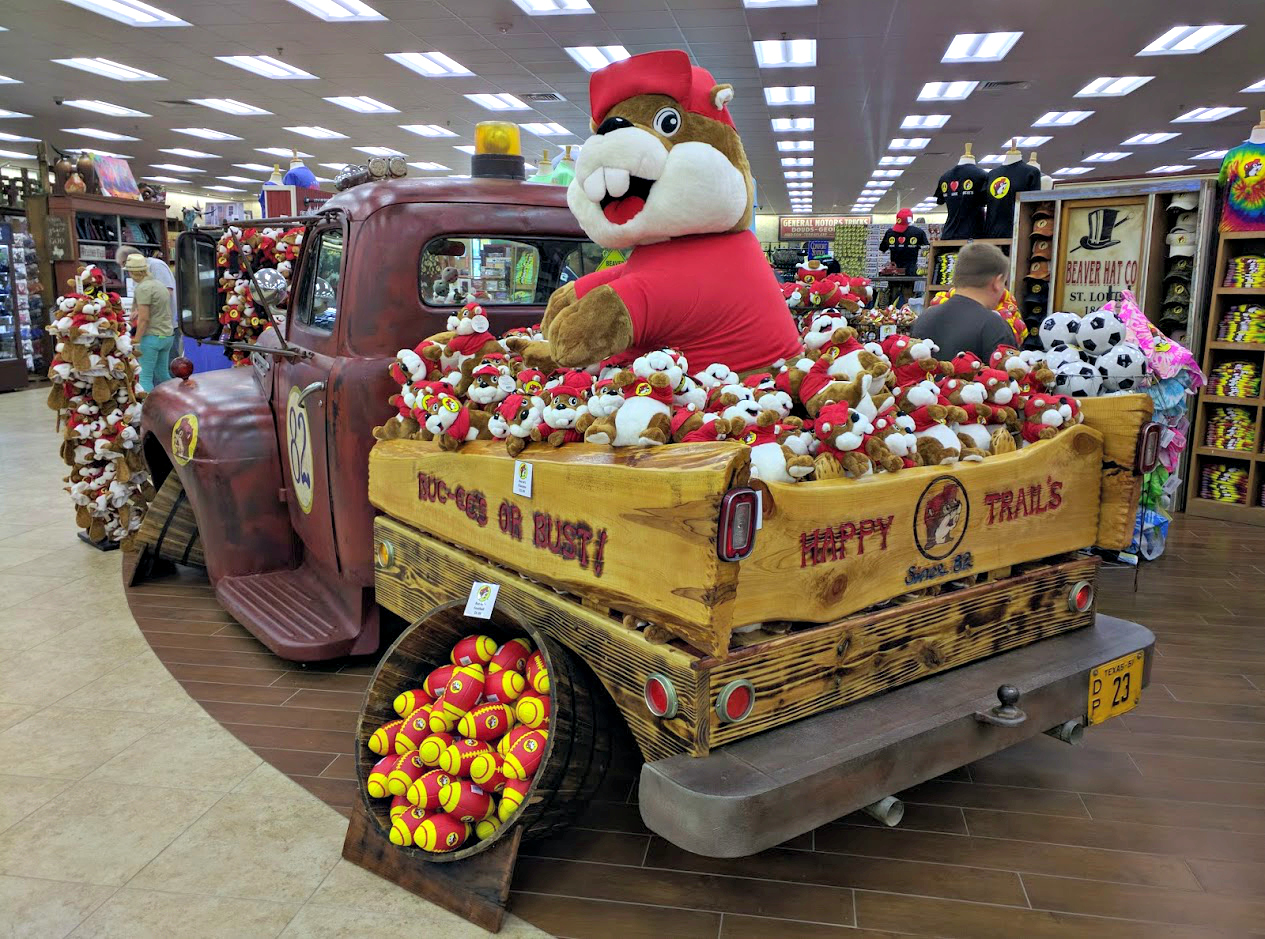 And as you maneuver through the giant floorplan, you'll find every essential road trip digestable along with a complete fast-casual restaurant experience. 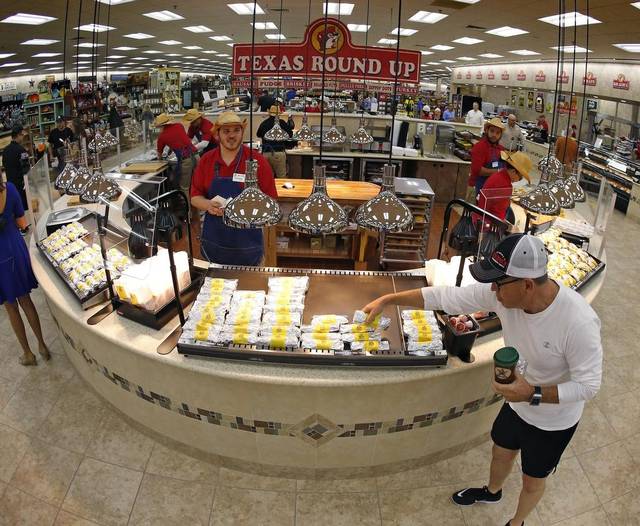 Seriously, when is the last time you've walked into a gas station bathroom that looked like this?

I've talked up this pit stop sanctuary to drive home the point that all marketing must start with a great product. If your product sucks then whatever grandiose campaign you put together will ultimately prove fruitless. Yea, you can probably dupe uninformed visitors into buying your shitty software but good luck retaining them past the first month.

Buc-ee's marketing strategy is simple. Instead of fighting over limited ad space on those drab exit signs with other gas stations, they've bought up their own billboards all along the interstate.

The first billboard for a location is strategically placed up to 80 miles out. As you continue your drive, another one will appear in the distance at about the 30-40 mile mark. Then another one. And another one. To seal the deal, a final billboard is placed right before the exit.

Multiple touchpoint advertising at its finest.

What also makes this strategy work is the ad creative. While most billboards resort to price driven copy or overworked design, Buc-ee's leverages their goofy beaver mascot by coming up with just as goofy micro slogans. Half the time, they don't even touch on any notable benefits as seen in this example: 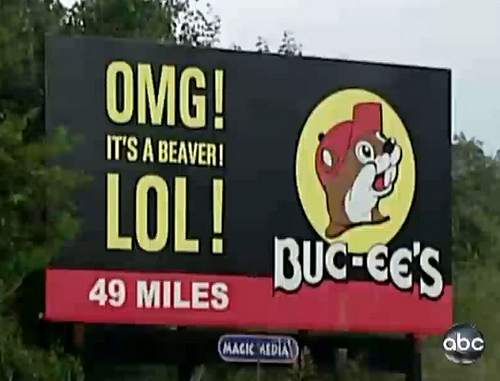 One might argue that the lack of a direct call-to-action hurts the success of the campaign. I'd agree if they bought only one billboard for each location. But because Buc-ee's sets up multiple touchpoints, their marketing team has the luxury of mixing up the ad creatives. It also allows them to target specific demographics as seen below: 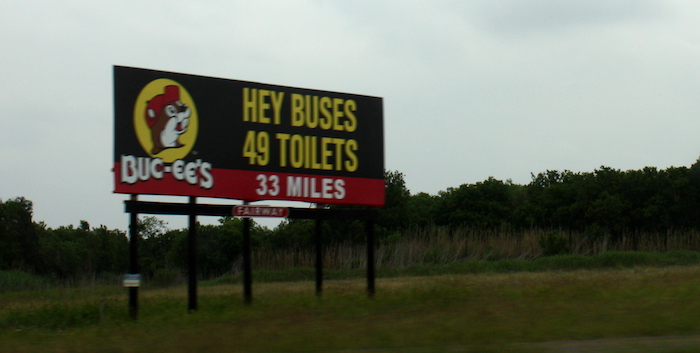 I do wonder if they rolled out some of their WTF headlines prior to gaining brand recognition. Regardless, they've done a great job catching the eyeballs of passing vehicles who usually have their blinders on when subjected to this ancient offline advertising channel.

What we don't know is just how many sweaty truck drivers Buc-ee's acquires through these billboards. I'd imagine when they open a new location, they do a slow billboard rollout and measure increased foot traffic. Until someone invents offline cookie tracking, getting exact data is probably pretty tough.

The best example I've found of connecting offline ads to online revenue is Hipmunk's billboard by the SFO airport.

By adding a super short URL to the billboard, they were able to track targeted traffic back to their site. The link above goes into more detail on their thought process.

A fruitful exercise for online marketers is to set aside time to think about off the beaten path channels. Some of my biggest customer acquisition wins came from finding sandboxes that none of our competitors were playing in. The law of shitty clickthroughs rings truer every year as strategies get copied and CPC's skyrocket. Skate to where the puck is going and you will be rewarded. Follow what the competition is doing and you will be unemployed.

Jack is the VP of Marketing at Kettle & Fire, a CPG brand. Join his newsletter below for access to new posts and exclusive subscriber content.