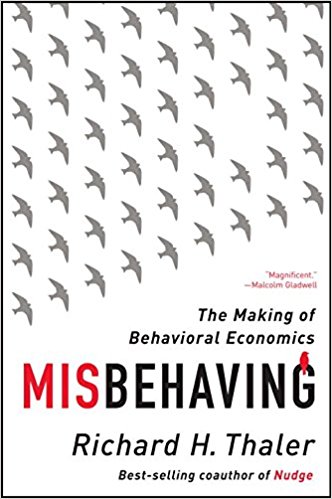 On the Endowment Effect

Invisible handwave - Vague argument is that markets somehow discipline people who are misbehaving. Handwaving is a must for econs since there is no logical way to arrive at a conclusion that markets transform people into rational agents.

On Bargains and Ripoffs

Transaction Utility - The difference between the price actually paid for the object and the price one would normally expect to pay. Ex: beer price expectations at a fancy hotel vs bodega

Sellers have an incentive to manipulate the perceived reference price and create the illusion of a "deal".

On Betting and Poker

“The pleasure which we are to enjoy ten years hence, interests us so little in comparison with that which we may enjoy to-day.”

“The idea of self-control is paradoxical unless it is assumed that the psyche contains more than one energy system, and that these energy systems have some degree of independence from each other.”

Ski Resort example - Resort offered 10-pack ski tickets at a 40% discount in advance. This worked for a number of reasons:

Inside vs Outside view: People lock into inside views and get caught up in unimportant shit. Taking an outside view allows you to zoom out and flesh things out carefully and reliably.

On the Stock Market

*Open-end fund: investors can at any time put money into the fund or take money out, and all transactions are conducted at a price determined by the value of the fund’s underlying assets, the so-called Net Asset Value (NAV) of the fund.

5 findings from decision-making psychology that support early picks are too expensive: