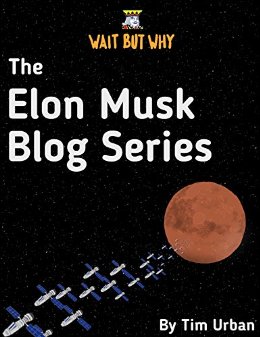 This is just one part of WBW's amazing series on Elon Musk. Skip the biography and read this first (though I heard the bio is great as well). In this part, Tim breaks down why Musk is so damn successful and how we can reason by first principles to achieve our own goals. It's a must-read.

"After emerging from the 1990s dotcom party with $180 million, instead of sitting back in his investor chair listening to pitches from groveling young entrepreneurs, he decided to start a brawl with a group of 900-pound sumo wrestlers—the auto industry, the oil industry, the aerospace industry, the military-industrial complex, the energy utilities—and he might actually be winning. And all of this, it really seems, for the purpose of giving our species a better future."

On the 4 Major Decision-Making Centers

The Cook and the Chef Explained